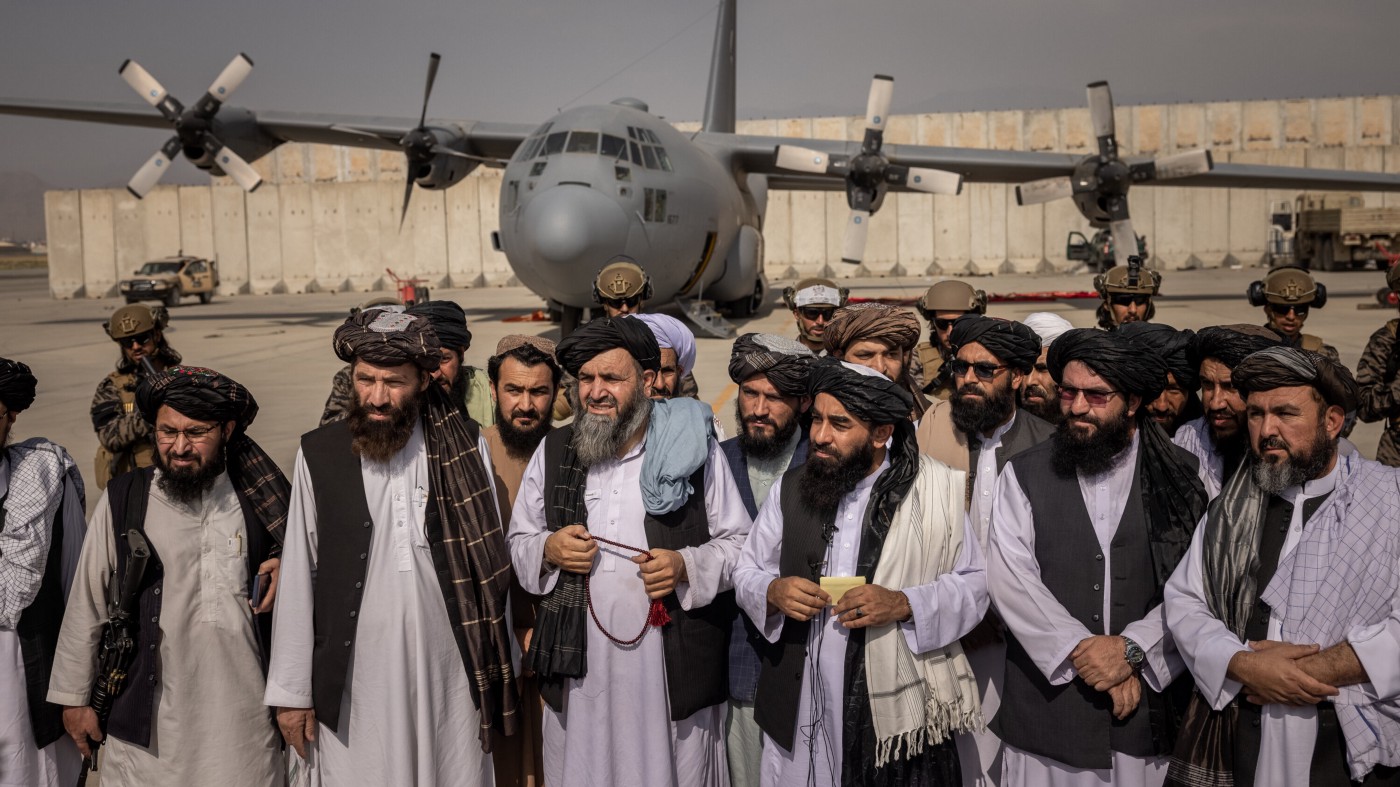 Afghanistan’s collapse to the Taliban sets the stage for another era of theocratic totalitarian rule. Support for resistance against it is needed now more than ever in the wake of this catastrophe. And that resistance lies in the heart of Panjshir province.

An emboldened Taliban rapidly took Afghanistan’s Kabul in an offensive that shocked the world. Over eighteen provincial capitals fell in the span of less than a week as a battered Afghan National Army put up less than expected resistance. The country’s president Ashraf Ghani meanwhile fled the country to neighbouring Tajikistan and witnessed from afar his government’s implosion.

What is transpiring in Afghanistan is a humanitarian disaster. Millions are now under the control of the Taliban who already impose its draconian system on Afghans. Young girls are being turned away from schools; universities are closing, and Taliban militants are going house by house with the registry of those that fought with the Coalition–seeking likely to execute them. Afghanistan is also facing its worst refugee crisis since the 1980s, when the Soviet Union’s genocidal attempts at counterinsurgency displaced one third of its entire population.

There are no words that can describe the dire situation that the country is in right now.

The blame for this travesty lies at the feet of the Biden administration.

White House senior officials miscalculated the timing for the collapse of Kabul and overestimated the strength of ANA to defend its territory. The chaos of evacuations, including underestimation of Afghan forces, not moving Afghans out earlier are amongst a slew of oversights in this withdrawal. The Taliban’s rapid takeover left the US blindsided in its evacuation plan for embassy staff in Kabul, leaving short notice for staff to not only evacuate but also destroy sensitive records. Many special visa applications were left unprocessed in a timely manner, resulting in Afghans waiting for years to get even approved or denied.

The deal to withdraw originated with the former Trump administration, including negotiated release of senior Taliban leader Mullah Abdul Ghani Baradar, but the Biden admin had no obligations to follow through. The Taliban already violated aspects of the deal by continuing to work with and harbouring al-Qaeda militants.

President Biden’s announcement in April of an unconditional exit from the country also likely contributed negatively to intra-Afghan negotiations. An uninterested Taliban need only wait until the specified date to take over without any peace negotiations being entertained. A fact that is conveniently omitted from Biden’s attempted defence of the calamity.

The Coalition’s withdrawal from Afghanistan is recieving mixed responses with commentators across the political divide arguing either for or against it. One camp — the ‘pro-withdrawal side’ — that is best encapsulated by the writing of Ian bremmer argue that the war had achieved its main objectives. Osama Bin Laden’s network significantly destroyed and the Taliban toppled, the Coalition’s missions were achieved.

However, with the defeat of Bin Laden’s network came a larger mission creep, which Ian argues set the stage for an unwinnable war. As a resurgent Taliban continued to inflict casualties on US personnel, more resources and troops were sent in response that prolonged conflict with no clear exit in sight. Ultimately fatiguing the american people’s apetite for the conflict.

Irrespective of the arguments either for or against US withdrawal from Afghanistan, there is little doubt that the evacuation plan did not go smoothly. With the Islamic Emirate of Afghanistan re-established, the Afghan army surrendering en masse and thousands fleeing, this was a blunder, to say the least.

The emerging crisis in Afghanistan would appear to leave little room for hope.

After all, the country’s twenty years of imperfect continuity seem subject to reversal under a re-established Islamic Emirate. A botched withdrawal at the hands of the Biden administration also opens the door to a deteriorating security situation–one that has the potential to allow for a reestablishment of al-Qaeda and its affiliates network in the country.

However, hope is not entirely lost. North of Kabul is the Panjshir province in Afghanistan’s northeast, which remains free of Taliban control. The former vice president of Afghanistan, Amrullah Saleh and Ahmad Massoud, the son of Ahmad Shah Massoud–are organising resistance. Meeting with military anti-Taliban commanders of the Afghan National Army, these new leaders will become leaders of a new front against the Taliban.

Ahmad Massoud’s father previously led resistance in the late 1990s and became known as the Lion of Panjshir for fiercely resisting the Soviet invasion at a time when other mujahideen leaders were on the backfoot. He later became a key leader within the Northern Alliance–the prominent united resistance front–in a war of survival against a similarly emboldened Taliban. Representing the exiled government, the Northern Alliance–backed by the military and logistical support of a slew of regional states including Russia–endeavoured to retake control of the country.

Dealing with both the forces of the Taliban and al-Qaeda, backed by Pakistan, the Northern Alliance held out against the Islamic Emirate for a bloody few years, engaging in slaughterous battles for territory. Ahmad Shah Massoud prevented the Taliban from annihilating the Northern Alliance until the US invasion of the country in 2001, but sadly perished before the invasion when two al-Qaeda suicide bombers posing as journalists assassinated him two days before September 11, 2001.

The success of this new resistance will depend on its ability to learn from past mistakes and seek reliable partners in fighting. Something that is increasingly difficult given the current circumstances. Regardless, support in terms of weaponry, logistics, finances, and political support should still be given to this new resistance. As their forces are for the moment the only thing standing in the way of Afghanistan’s complete capitulation to theocratic totalitarianism.

The crisis emerging in Afghanistan demands the world’s attention and action.

There remain many people that are stuck at Kabul airport. The priority should be to evacuate those individuals and bring them out of harm’s way. This includes helping to facilitate safe passage out of the country for those interpreters, soldiers and individuals that assisted the Coalition during the years. Taking in Afghan refugees should also be seriously considered. We have a duty to protect them and there is more than enough place for them.

Maintaining women’s rights including protecting young girls’ ability to receive an education is crucial to a large segment of the population of Afghanistan. There can be no doubt in the coming months that the Taliban will fully impose its draconian and sexist system upon women in the country. The United Nations and related organisations need to take proactive measures to monitor, enforce and condemn the practises of the Taliban. Young girls cannot be forgotten nor abandoned.

Along witht the Haqqani network is the threat of Daesh-K. Already responsible for a number of US personnel deaths and Afghan deaths at Kabul airport, the threat of Daesh-K remains. Combatting Daesh-K with targetted decapitation strikes, as well as other counterterrorism measures is important to mitigating the expansion of this entity’s network.

A series of punitive measures should also be pursued against the Taliban, most notably targeted sanctions against top officials. There also should be every effort made within reason to prevent any terrorist network from being re-established in the country. A United Nations Security Council resolution seeking to set out these measures should be passed to this end.

There are a lot more measures that can be pursued, but what is the most important thing to do now is ensure that this humanitarian crisis is dealt with. That starts by helping the people on the ground. Not just our nations’ soldiers but ordinary Afghans too. 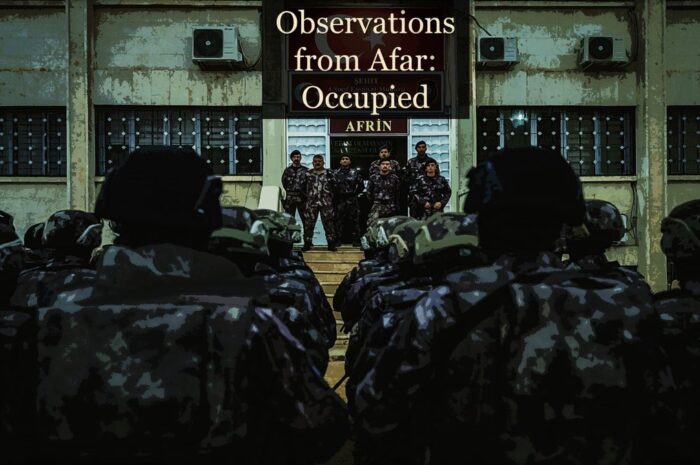 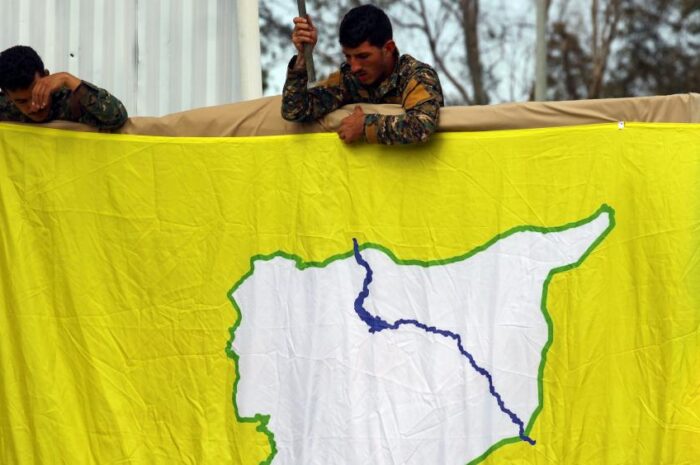 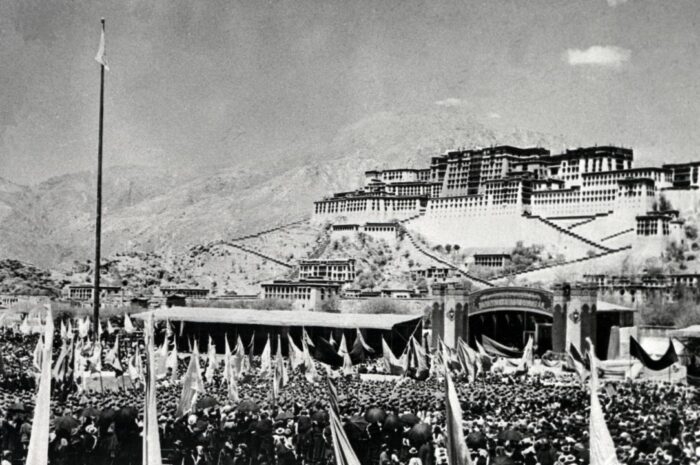 The Anti-tyranny movement: The significant impact of the 1959 Tibetan uprising to Chinese Statehood and foreign relations – Tibetan Review Essay