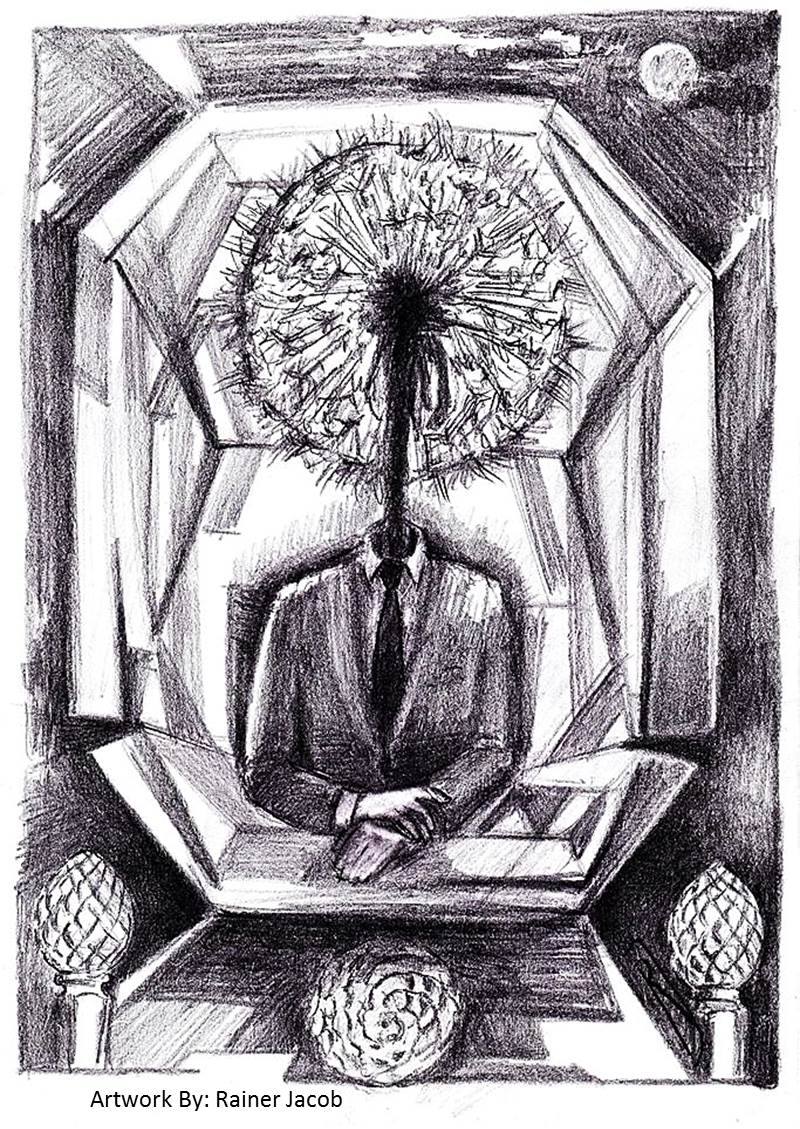 Note: The following prose was written when I was a young person. The writing is not necessarily perfect.

As the light from the moon peers in through the lattice of my cell, as it always has and most undoubtedly will continue to do so. It is time once more to return from the corner where my head has rested, to the glitter of the moonlight. As I slowly crawl, weak as never before, to the cell bars that have long confided me; I grip one bar, then the next and the next, slowly bringing myself up from the floor. The moonlight captures my attention as it caresses my face with its glow, it is another beautiful night with little sign of travesty, the breeze that follows my thoughts, is as calm as nature itself and as nature seems to relief once again, the feeling of the breeze eludes me. Temperance captures my soul. The wish to capture this small period of relief from the long agonizing day sets in, making me once again drop my head in sadness. Tears rush from my face, small droplets of life, draining from the windows of my soul. It is much to live as one is in happiness and security, but as the tides change and moments shift to his retraction, then life reveals its true head. Another thought passes me, like the breeze itself, another follows it; All of it is temporary, the thoughts in my mind repeat themselves, ever more getting louder with each repetition, All of it is temporary, from the stars above to marble below, all must come to an end sometime or another…never is anything eternal, never is anything immortal. Overwhelming myself with tears, ever more increasing, I drop to the ground. The light, very much still on my face now finds accompanied with it, drops of life; which drip from the windows of a long aching and heartfelt soul. As the moonlight twinkles in the droplets of the dead and cold, I feel the breeze caress my face once more.

Drifting aimlessly in the gentle breeze, seemingly going nowhere, well I bore my head in sadness; a small dandelion befalls me with humble a landing as ever I saw. Averting my head from the place where weepiness be my friend, gaze upon the small thing was the task that my eyes had set, and as if paused in time emotions fleeted me and temperance regained its hold over me once more. The small dandelion had seen its share of hard winds, with many of the small florets of its body absent from view; its stem, crooked from sea faring winds that long had besieged it. Yet, regardless of the travesty it had faced, regardless of the many florets that were taken from it; many small bits of its life. It still had managed to have landed somewhere new…somewhere different. In its small state of being it had managed to traverse great distances, through great winds and great travesties, losing much of itself to winds that spur like titans to man. Yet it continuously mounted on through the rain and sun, through the night and day; all of which to get to another place, in another corner of the globe. Only to be picked once more up by the wind; which would take it beyond the heavens and beyond the clouds to a new land once more.

All that has befallen me can be captured in that small dandelion, traversing the unknown reaches of the globe. In the moonlight that is creeping in through the lattice of my cell, to the time where fate will return I back to the corner; Amor fati. All can be shown with the representation of the floating dandelion. It never knows where it will go and it never knows how it will get there, it just does whatever the moment demands. Turning away for a moment from the dandelion, I once again stare at the moonlight with a different thought in mind, If the dandelion, with all its small essence and its small size can take the winds of any storm, still managing to survive every moment; then most certainly can one such as I, seek to do so as well. As my eyes ponder the left over moonlight, so too does my soul return to its place. One day. I ponder to myself, just…one day.

As the sun begins to break the dawn and the moonlight fades, the wind picks up once more, this time with it comes gently sailing, the dandelion; dancing on the breeze. As if transfixed by its movements, there I stand, my eyes following it as it waltzes across my cell to the bars that confide me. It knows not of limitations…it would seem. Slowly passing through the bars, its stem gets caught by grit…it is stuck…it is helpless. Raising my hand to the bars, my fingers thin as sticks; manages to get between the bars to the place where the dandelion remains captive. Thoughts that were left pondering now become attentive to the dandelion; whatever had been is no more. The winds become jackals; howling ferociously as the sun continues to rise. Now more than ever my heart begins to race as I try with intensity to dislodge the feeble thing from its captivity. “There we go…come now… just a little more.” Comforting myself with thought, I slowly pull the stem, careful as ever to not break more of the florets off, doing what one can to free what is left. As the Jackals howl more and more; drawing closer and closer with every gust, before they can lay harm to the feeble thing there comes, wide stretched and full of glory, the rising sun; glaring over the dawn break.
The jackals were not to destroy the dandelion this time!

Through the passage of mere moments, it seemed as if the dandelion was to be injected with life; as it slowly became undone from its captivity, it began once more to waltz in the wind now gentler in passage. It had escaped the cell, and began to venture forward into the glare of the sun. Watching from within the cell and through the bars, I could see it slowly drifting into the glare of the sunlight; a sudden sense of pride overwhelmed me. A slow tear drop crawled down my cheek, as the windows of my soul became fogged with the overwhelming sense of loss and pride; an odd feeling was upon me, one that had only rarely sought to rear its head up. The feeling of accomplishment for the liberty bestowed upon me to liberate the small dandelion from the clutches of the oncoming winds, but also of one of loss for allowing the dandelion to leave me. There it goes…my thoughts now returning, There it goes…to new places; a dandelion a drift in the sea of possibilities. Only titans know what fate has in store for It. Pulling my head away from the sunlight, crawling slowly back to the corner that has long been my home; I whisper softly now, well my eyes begin to close once more…the words “Amor Fati”…“Love of Fate.” 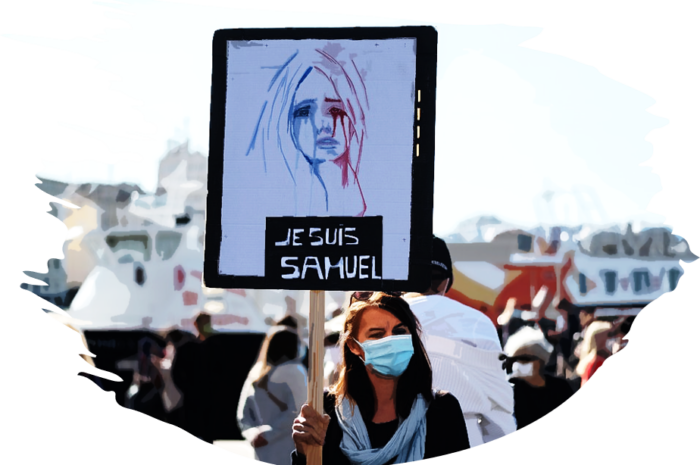 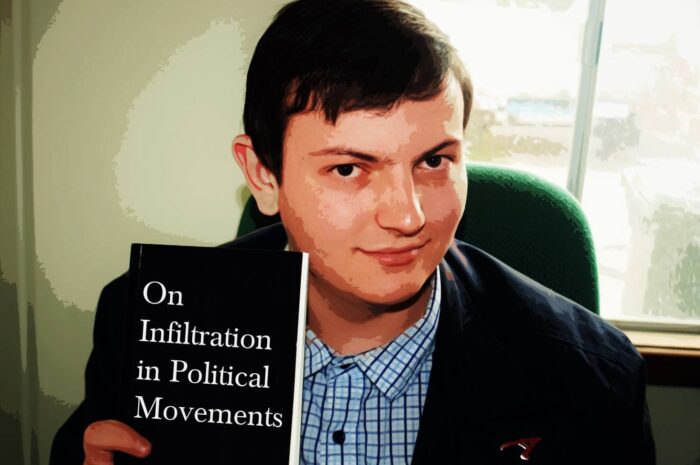 On Infiltration in Political Movements: 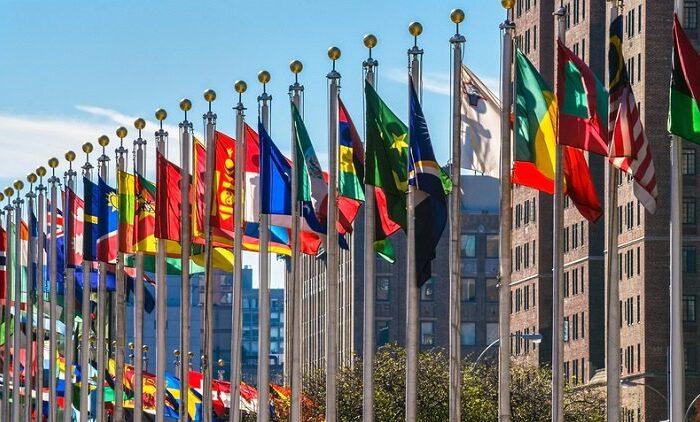