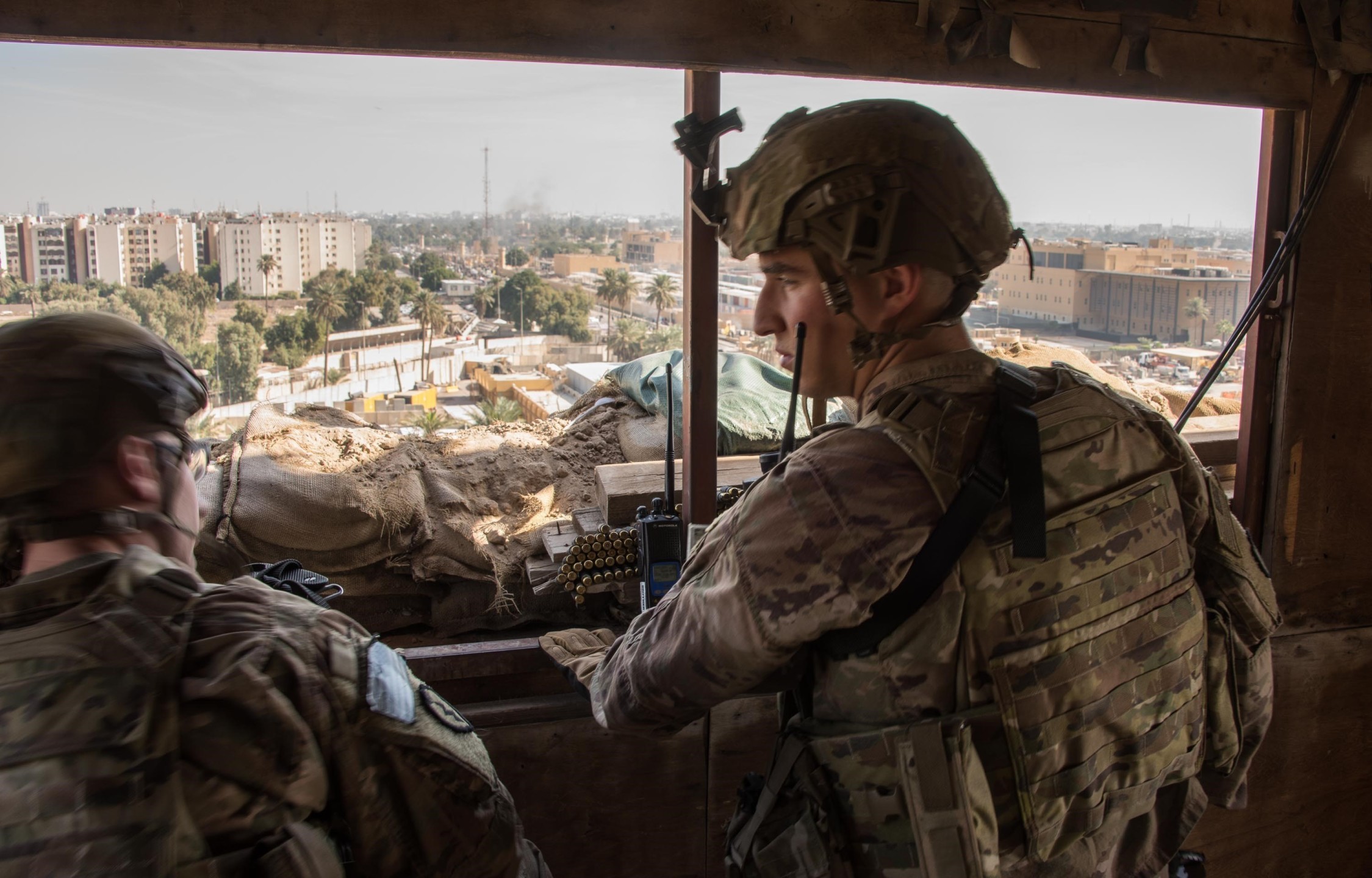 Note: The following article was published orginally in the Jerusalem Post opinion section.

Nearly three years have passed since the former-Iraqi Prime Minister Haider al-Abadi declared victory over the Islamic State (Daesh) in December of 2017. Since then, the terrorist network remains a threat to the state’s security and the population. The United States-led international coalition against ISIS under the Combined Joint Task Forces Operation Inherent Resolve (CJTF – OIR) in partnership with Iraqi Security Forces (ISF) and Kurdish Peshmerga forces continue operating against the network. However, with new emerging threats from Iranian-backed forces such as Kataib Hezbollah (KH) coupled with internal government challenges and anti-government protests, the capability of the Coalition and by extension the U.S. to assist in stabilisation efforts is uncertain, raising questions about the longevity of a U.S. presence in Iraq.

Former Iraqi Prime Minister Nouri Al-Maliki formed the umbrella organisation of the Hashd al-Shaabi (PMU) – a coalition of predominantly Shia Iraqi militias – after Ali al-Sistani’s declaration of jihad in 2014. Most of these groups, such as the Badr organisation and KH, received IRGC support and training for years prior, are designated terrorist organisations by the U.S. State Department, and engaged in combat with US military personnel during the Iraq war. Despite this, they fought alongside Iraqi Special Forces (ISF) in the war against Daesh.

Daesh’s terrorist network was not entirely eliminated at the end of 2017, requiring the CJTF to work closely with the ISF and Peshmerga to target Daesh remnants. These military operations are not only part of a wider strategy against the group, but also provide a justification for U.S. military presence in the state.

The mission statement of CJTF regarding the campaign against Daesh reflects the ‘by-with-through’ (BWT) operational approach taken by the U.S.-led coalition and seeks to support indigenous forces, working ‘by, with and through’ those forces, in order to ensure the long-term defeat of Daesh. This a ‘leading from behind’ policy that departs from the earlier operational approach taken by the U.S. during the Iraq war, where the U.S. military led ‘from the front’ and directed stabilisation efforts. With the BWT operational approach, indigenous forces are assisted to transition into a traditional military where a U.S. military presence will no longer be necessary.

Regarding the handover of bases to ISF forces, the CJTF – OIR’s media ops noted that six bases were given over to ISF including as of April 4th, 2020: Al Qaim military base and Al Taqqaddum (TQ) Airbase in Anbar governorate, Qayyarah military and Ninewa Ops Command bases (NOC-E) in Nineveh governorate, Abu Ghraib military base in Baghdad governorate, and K1 Airbase in Kirkuk governorate, leaving behind property and equipment worth over 5$ million US dollars to Iraqi Security Forces and 5200 U.S. troops to assist and train the ISF. The reasons given for the adjustment of U.S. military personnel in Iraq by the CJTF – OIR media ops were, “To reflect success in the campaign against Daesh; and short-term moves to protect the force during the Coronavirus pandemic.”

This is a significant departure from the days when the U.S. stationed over 100, 000 troops during the height of the Iraq war, raising new concerns as to whether the winddown of forces foreshadows a potential future withdrawal and whether ISF troops are ready to deal with ISIS insurgents. However, the official reply from the US has been, “Due to the tremendous sacrifice, strength, and success of the Iraqi Security Forces, Syrian Democratic Forces, and Coalition personnel – and as a measure of our collective success – we have reached a point in the campaign where our partners are taking the fight to the remnants of Daesh independently and preventing Daesh’s resurgence…”

However, there are currently Daesh remnants still active in Kirkuk and Anbar governorates in Iraq.

The growing Iranian government influence in the country also poses a series of difficulties for the Coalition’s objectives in Iraq. IRGC-backed paramilitary organisations, notably the PMU, operate freely across territory controlled by Iraq under the permission of the Iraqi government. Numbering just over 110, 000 fighters, the organisation is being used as a vehicle by the IRGC to increase Iranian government influence and undermine the US presence in the state.

Growing Iranian government influence in Iraq by paramilitary organisations such as the PMU and political organisations such as the Fatah Alliance create internal challenges for the Iraqi government and the longevity of US military presence in the state. The legitimisation of the PMU’s presence in March of 2018 through a decree by former Iraqi Prime Minister Abadi made the organisation an official part of the state’s security apparatus. Consequently, IRGC activity in support of the PMU can be done under the guise of assisting local Iraqi forces with the fight against Daesh and to stabilise the state.

The Iranian government utilises political parties such as the Fatah Alliance and exploits Shia sentiment in the south to exert influence over the Iraqi government. The Fatah alliance was created in 2018 out of the ranks of the PMU and acts as a political mechanism for the paramilitary organisation. It won 47 seats out of 329 seats in the 2018 Iraqi general election – the second highest number of seats after the Sadr organisation. It leader, Hadi al-Amiri has called for the expulsion of U.S. troops from Iraq. Iranian government policy in Iraq has been to recruit Shia in areas such as Basra in Southern Iraq into the PMU. Through Iraq, the IRGC conducts military operations in neighbouring states, notably Syria, in support of Bashar al-Assad’s government and the expansion of Shia influence and ideology.

Continued government corruption along with a failure to address community concerns regarding the reconstruction of infrastructure and ethno-sectarian tensions sparked protests in October of 2019. Tensions also escalated between IRGC-backed paramilitaries such as KH and U.S. forces. The PMU, along with the ISF, cracked down on protestors in Baghdad and elsewhere across the state, using live ammunition against civilians and forcing a media blackout. During these protests, Kataib Hezbollah besieged the U.S. embassy in Baghdad and began hostile actions against US military personnel in order to force an expulsion of US forces. In response, US CENTCOM conducted a series of airstrikes which killed IRGC commander Qasem Soleimani and KH’s leader Abu Mahdi al-Muhandis in early 2020. The IRGC reacted with military strikes against US targets in the following days. The protests forced the resignation of the former Iraqi Prime Minister Adil Abdul-Mahdi in November and left the Iraqi parliament without a fully functioning government for three months.

The US military presence in Iraq is at the request of the Iraqi government, which is working with CJTF in the fight against Daesh and in stabilisation efforts. Anti-US sentiment in the Parliament’s attempt to pass a non-binding resolution by the pro-Iran Shia bloc in January occurred shortly after the death of Qasem Soleimani. Hostile actions also continue against US personnel by IRGC-backed paramilitaries, increasing pressure on the Coalition and risking a reverse in the process of stabilisation.

The outbreak of the Coronavirus (COVID-19) in Iraq where the equipment and infrastructure needed to ensure public health and safety are lacking adds to already existing problems.  A resurging Daesh remains a threat as these fighters are exploiting the weaknesses of the state in order to reconsolidate and increase attacks against the ISF, most notably in the Kirkuk governorate. IRGC-backed paramilitaries along with political extensions of the Iranian government continue to increase influence in the state of Iraq and pressure the US to leave.

Unless these matters are addressed, they will likely escalate in intensity and the US will need to once again reconsider maintenance of its presence in Iraq. Considerations that either way will carry their own ramifications. 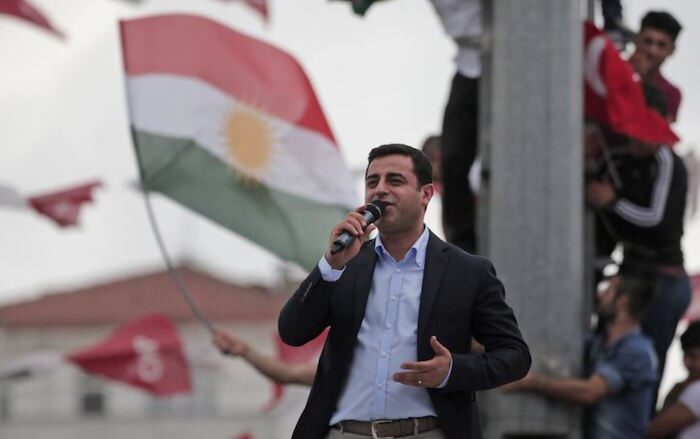 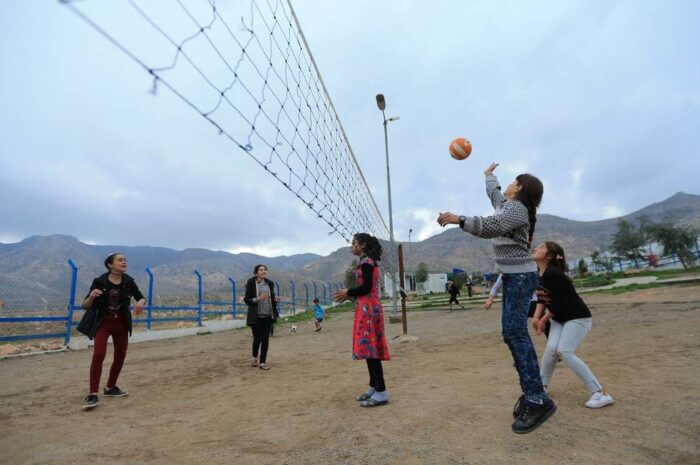 The plight of the Yazidis – Jpost Piece 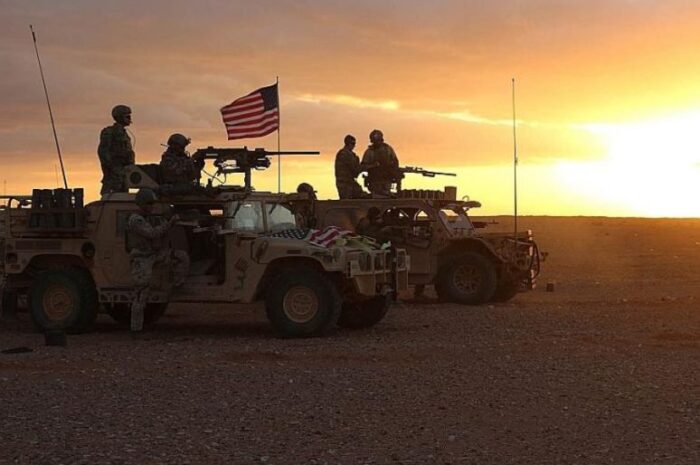